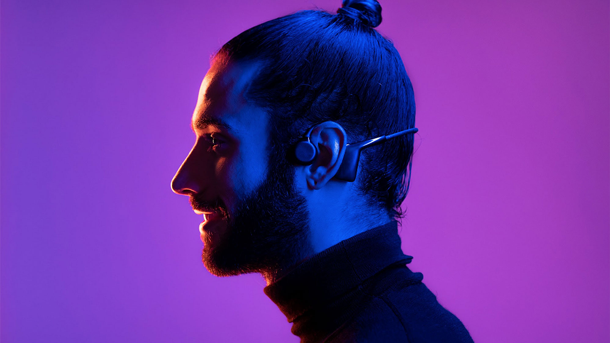 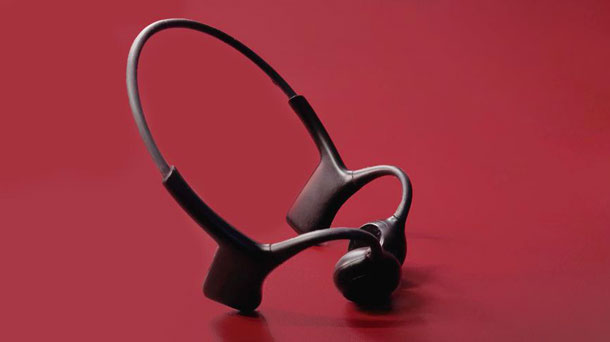 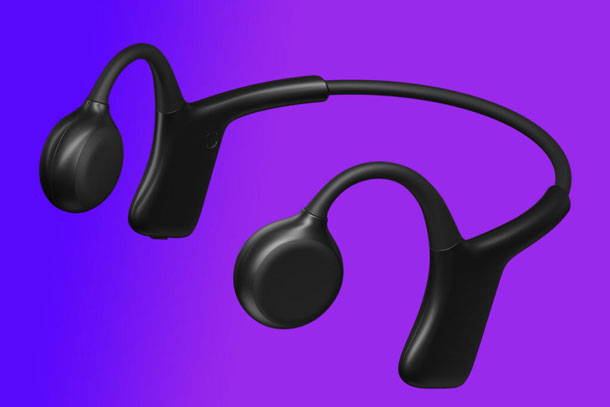 Like a juicy Black Mirror episode that has you questioning the pure essence of your reality… Where is that sound coming from? Who said that?! Get out of my head!! Yeah… Something like that.

This cool new/not-so-new technology is making its way into the product market, showcasing the possibilities of what a future of bone conduction headsets and tech may look like.

Thing is, bone conduction has been used since the 18th-century. Yes… The 18th century. Beethoven used a bone conduction method to hear what he was playing by clinching his teeth right onto a rod that was connected to his piano. Talk about commitment.

And if Sentien is as committed as Beethoven was, well, then this TIW review should go pretty smoothly. Let’s check it out.

Is this a truly new product that you can’t find on the market? Or this a product that defines an entirely new product category. In some cases, the combination of several features into one or the introduction of a new feature to an old product are also considered to be an innovation

As we said before, bone conduction is becoming more and more of a thing in today’s market. But that doesn’t make it new. Beethoven used it!

So what makes Sentien bone conduction headphones “all-that”? What’s the hype?  Why invest in another method of listening If they have their high-quality Bose Quiet-Comforts to indulge in…?

Well for starters, you still don’t normally see people using bone conduction or open ear headsets as means to enjoy audio. So if you’re about the hype, sure, then it could be for you. But is that enough?

If you want to know its main scientific/anatomical benefit: Like Beethoven, if you happen to have issues with your outer and middle ear causing hearing loss and rendering ordinary headphones useless, then bone conduction is a workaround.

Not only that, but it also causes less harm to your hearing, and is possibly a better comfort option if you don’t like things to be on your ear, in your ear, or if you like to hear your surroundings when listening to music or podcasts.

So those are cool benefits for bone conduction in general. But what makes Sentien biotechnologies special?

Well, the fact that you can customize the commands the way you want and define the functionality of gestures directly on their curated app, is something I haven’t encountered before.

Aside from that, most other features you’ll see on other bone conduction headsets. But it is nice that they happen to be one of the lighter ones in the market. So you can probably wear these things for a good part of the day without too much discomfort.

That being said, Sentien is looking to be some of the best bone conduction headphones in the market, but the tech is not that new.

So as overall innovation in the tech market, it’s in the medium range. But it’s still a cool and beneficial product!

So how does Sentien compare with other bone conductors? Pretty well actually. It is very similar to others in the market, featuring a Titanium build to make it strong and lightweight. Using noise cancellation while connecting wirelessly with Bluetooth 5.0. And on top of that, it’s water-resistant. Not the most resistant compared to the competition, but it will get you through the rain.

Honestly… those are some strong qualities that I’d look for in normal headphones, so bringing that to wireless bone conducting headphones is pretty freakin’ cool.

But what really sets it apart from the rest is 2 things. 1, It’s usability, being able to customize your experience from the native application they’ve creative for the device. And 2, its battery…

What really makes Sentien stand out from the competition is its ability to charge incredibly fast, and then hold that charge longer than most of the competition. Just check the chart below and see that difference. That in itself is something that might make this product, and break the others.

Because let’s be real, when those iPhones start going into their death battery mode and lose their charge after 5 hours… you kind of want to just toss that thing out the window. So 10hrs of battery on a 1-hour charge… yeah, pretty solid deal.

Aside from all of that, the sound quality is where you would want it to be. The competition is advertising sensitivity at 105db, +/-3dbI, but from studies, higher frequencies than 80 can actually damage your ear. So that could be concerning, but reassuring for Sentien.

Lastly… Sentien does come in at a higher price compared to the competition. But like, at a much higher price… Like Bose Headphones kind of price. This makes me think that all features included, it is a little over-priced for what they are offering, which does lower their competitiveness just a bit.

Would I buy it? I mean… I don’t have hearing loss, but it does seem to be the best bone conduction headset. So I’d at least give it consideration.

So who is Sentien? Who are the creators of these next-generation wireless bone conduction headphones? Are they experienced in crowdfunding?

To put it short, no. This is their first product… But the thing is, they’ve been working on it for 3 years. And based on their linked in profiles, they seem very professional and have lots of professional experience.

Outside of that, we don’t have much insight into how well they will execute in the crowdfunding process. But, a question was raised from a backer who asked about their expertise in the field. And how they responded, would definitely have me sleeping comfortably at night knowing this product is coming from professionals that can be trusted.

How so? Well, the question leads the Sentien team to link a story in the comment, where they cover their process of creating the product.

They into 5 things. The first two things are about their ideation process and all the initial research they did to understand the technology, the market, and the needs. From there, they talk about the prototyping process and considerations for the various options they saw as viable.

If you want to know how deep they get into it, you can see it for yourself here:

But pretty much to sum it up, they spent 3 solid years, testing, prototyping, and researching to see its Sentients’ manufacturability. With spreadsheets, expert advice, and a working prototype that has been in use for more than half of a year, you can be pretty sure that whoever hands these wireless bone-conducting headphones end up in, they were in expert hands before.

Will they fulfil their shipping promises? That is unknown, but I’d take their word for it.

Now how do they deal with comments and the overall community?… Amazing! If you can get something similar to Human AI, it would be Sentien. Ok… might be exaggerating there, but their response rate is incredibly high. They answer questions within one or two hours.

Talk about fast. Not only are they very quick and attentive, but they also offer professional responses to every response.

One backer asked a solid question about comfort and their use when laying down. And their response…

If you were to have a solid example of what a Kickstarter response should look like, I’d link you to Sentient’s comment section. Not only do they start by addressing the backer by their name, but they also go into the tech details, the process involved with making those decisions. And their intentions and priorities when making those design and tech decisions.

Personally… If I asked the Sentient team to read me a bedtime story, they’d probably respond flawlessly.

So to cap it all. Sentient quite simply an awesome product. It’s not a new innovation, it’s not new technology. But they sure damn well know how to make a great product from the knowledge they’ve picked up from the research and tests they’ve done to create it.

Look, if you’re in the market for cool new headphones, maybe you should check out this great bone-conducting headset. Will it replace the quality you receive from those top-of-the-line headphones? No. But if hearing or interacting with your surroundings when listening to music, or more so, podcasts are important to you, then this is a solid option to move forward with.

Will you pay higher than mid-range headphones for them? Yes. But you are also getting a cool product that is different from most seen in the market, and it’s made from people you can definitely trust. Because they’ve put in the long hours to guarantee a damn good product.

So at the end of the day, if I was in the market for something cool, something like bone-conducting headphones… I’d give Sentient a hard look. 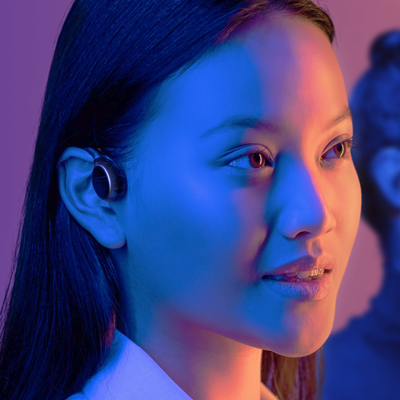